Welcome to the Ultimate Freya Guide. Freya is one of my favorite hero’s in the game to initiate fights with. She has a kit built for getting right into the thick of things and causing some major disruption. Today we’re going to cover all of her abilities and how we use them to get in the enemies face and open up the door for our damage dealing teammates. I hope the guide helps you take your Freya game to the next level.

Freya’s main job on a team is to initiate a fight and cause a ton of disruption and open the door for her teammates to get in and get their job done. Freya is very good at initiating fights because she can jump right in there with her first ability and get extremely tanky with her ULT and stun all the enemies in front of her with her 2nd ability. Her entire kit is made for initiating and wrecking havoc. She is like a key that opens up the door for her ADC / Assassin teammates to come in and do damage.

Please watch all the videos in the guide as they are an essential part of learning how to use Freya as a Key to open the door and get a ton of victories on her. As always if you guys and enjoy the content please head over to our YouTube Channel and give us a Thumbs Up, Sunscribe and hit the Bell. 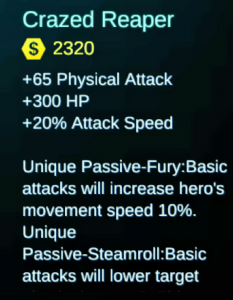 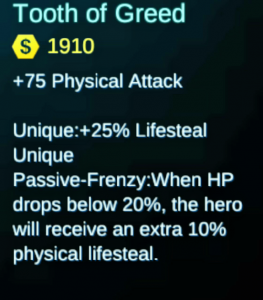 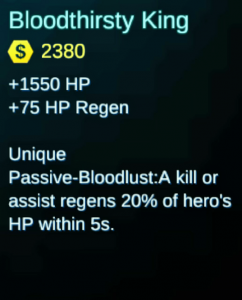 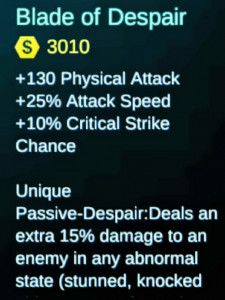 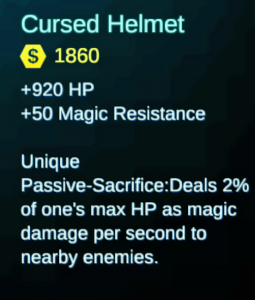 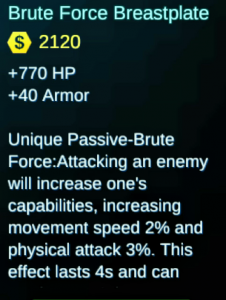 The most important thing to my when playing Freya is to strike a delicate balance between damage and being tanky. That’s why our first item is Crazed Reaper, since this item is a good balance itself. Next we rock out Tooth of Greed because life-steal is important for her to stay alive as long as possible in the team fight scenario. The life-steal she gets from her 3 quick basic attacks on Godspeed Strike is awesome for helping her sustain in a longer team-fight. Next we go our first true tank item in Bloodthirsty King. 1550 HP is an absolutely massive amount and the passive is great on Freya since she is always in the thick of things getting kills and assists. Next we go Blade of despair, back to more damage. Its a last big damage buff to her before we go tanky from here on out. 5th we go Cursed Helmet. This item is interesting because even though we don’t always need Magic Resistance the HP is always useful but its really the passive that makes this item amazing on Freya. By the end of this build you should have 10K health which means you’ll deal 200 damage every second to each nearby enemy. Lastly we take Brute Force Breastplate. Even more HP, Armor and a passive that makes Freya’s attacks stronger the longer she goes and she likes to fight for a long time.

I take Interference regularly as she can get in with Wings of Faith, stun the enemy with Godspeed Strike and kill them if they’re less than full health when you start. In the interest of playing with the team Healing Spell makes you even more effective in team-fights as you can not only keep yourself up longer keeping that door open to the enemy back line but you can also help keep your teammates up a little longer too. If you have an issue with getting crowd controlled while you are trying to wreck havoc in a team-fight than purify is a good option too.

Freya is not really a combo hero so I will just post on here simply that when I engage in either a 1v1 or a team-fight with Freya I cast Godspeed Strike first to have prepared the 3 fast basic attacks and stun. I follow that up with the Wings of Faith jump so I can initiate and hit Valkyrie upon landing to start the fight off with being more tanky and doing a ton of AOE damage to everyone who gets pulled in by my Wings of Faith.

Thank you guys so much for reading our Ultimate Freya Guide. I hope this will be helpful in helping you be that key that helps open up team-fights for your team and your win rate with Freya goes UP! If you have any questions please don’t hesitate to ask me in the comment sections of this article or our YouTube videos. If you enjoyed the video’s and the guide please give us a thumbs up, Sunscribe to our channel and hit that Notification Bell. We’ll continue to bring you the absolute highest quality Mobile Legends content out there.

This hero WAS my favourite, until that balancing that turn her into the weakest fighter/initiator… In my Pure Attack build, with Crazed Reaper and Tooth of Greed as my main item, i still can’t handle 1VS1 fight against some heroes… In my semi Fighter+Tank build ( absolutely identical to this article build ), I WAS able to land some devastating blow from 2 1 3 skill combo as an initiator. But now, this combo feels much weaker. 109 physical damage really do a big burden for Freya. #BringBacktheOldFreya

You have right this i see me to..and i pay for freya..you can t to sell me a product and after take back a half

No doubt that she has been nerfed a little bit. I still think she’s a very strong champ especially when you play with at least 1 friend who will engage with you.

I recently played with the Nerfed Freya in a ranked game for our Road to Legends video. I had a pretty awesome game with her, check it out!
https://youtu.be/w62uB9mWs9U

What is the best emblem set for her?

Sorry about the delayed response. I usually go with the Physical Emblem Set.

Any chance u could post an updated build for her? I’m having loads of fun learning her so would appreciate ur input on a durability/damage build post-update 🙂 TIA

Freya is too damn strong if you know how to play her.

IF you know how to play her. That is the key.

Ohhh! Freya is my favourite hero in the game. And I agree that she is the strongest hero in Mobile Legends.Not bad tips, but I don’t like the because there is no boots. Boots is one of the most important item of a hero.. But I recommend to you my build. Yo can surely survive from a team fight if you know what to do. Here is my item build:
-Tooth of Greed
-Warrior Boots
-Blade of Destruction
-Scarlet Phantom
-Blade of Despair
-Bloodthirsty King (Immortality)

Oww thank you for suggestions ^^

Good morning, I would like to know if you have to revert to the changes you have made in Freya ?? Previous design it better and more beautiful! This new one is lazy.
I hated what they did with my favorite character, I even put credits in the game to be able to buy it because it captivated me a lot .. PLEASE REVERT THE CHANGE IN VISUAL DESIGN …: /

there few of these item build are missing,i think they remove it..damn it,i used to used this build since freya come in the game

nvm i found it,they just change the name and icon..Tooth of greed=Haas’s Claws ,craze reaper=Blade of the 7 Seas

I tried several heroes and Freya is still my best preference for AD heroes. To be honest there isn’t much item difference for AD Freya unless you planning for a tank build and there are standard items such as tooth of greed(TOG), warrior boots (WB), blade of despair (BODp), blade of destruction (BODt), scarlet phantom (SP), immortality (Immo) and bloodthirsty king (BK). So the question is how you want to play an AD Freya will determine which items to come first before another. Do you hunt heroes in early game (may need boots early)? Do you just do laming till… Read more »

Waaow thank you for that…

these are old items, they have since been nerfed/buffed with different names

Soooooo i play freya a lot still, and ever since her second skill was nurfed she is still insane, except now she plays better as full attack relying on lifesteal,attack speed and crit damage, but u cant use bloodthirsty axe because all of her skill increase her basic attacks they dont do much damage when activated.Also she is less of an initiator now but an assasin, you want your team to initiate then u go behind and pick off the adc and fleeing enemies, this works because of her insane aoe and range when she activates her ult.

Sir, so its means… its better to hit Godspeed strike before the wings of faith… is it difficult to point out the target and maybe youll be missed