Very good fighter Ruby, we can look her skills and passive. We should learn Ruby very detailed. Firstly skills then you can search about Ruby guide, builds. Also, you should search at Mobile-Legends.Net as you know recommended items for Ruby. Generally we will buy attack items and defensive items. Before you play against real players, you have to play against the computer for training the Ruby.

Passive: Let’s Dance! Within a short period after releasing a skill, Ruby can leap to another position. Jumping backwards will increase Ruby’s armor shortly(effects increase with level). Jumping forwards will arrow Ruby’s skills to have slow-down effect in short period. Ruby’s basic attacks cannot trigger lifesteal effect but all skills will inherit 100% of lifesteal effect.

Skill 2: Don’t Run, Wolf King! Wields the giant scythe to attack twice. Every attacks deals 40 pts of physical damage, stunning the enemies 0.7s and slowly pulling the enemy towards the hero. Deals additional 30% of damage to enemies in the outer ring.

Ulti: I’m Offended! Uses the scythe to attack horizontally in a wide range, dealing 205 pts of physical damage to hit enemies, pulling them to the hero’s position and stunning them for 0.5s. 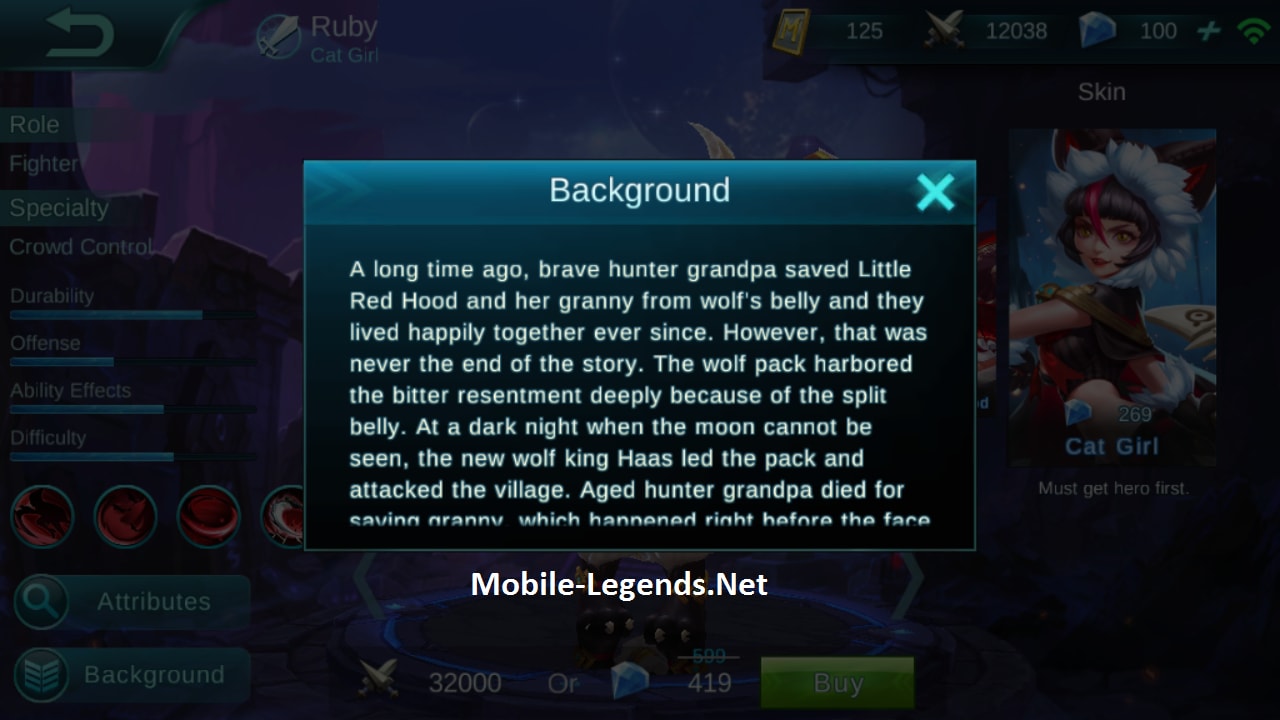 A long time ago, brave hunter grandpa saved Little Red Hood and her granny from wolf’s belly and they lived happily together ever since. However, that was never the end of the story. The wolf pack harbored the bitter resentment deeply because of the split belly. At a dark night when the moon cannot be seen, the new wolf king Haas led the pack and attacked the village. Aged hunter grandpa died for saving granny, which happened right before the face of their granddaughter Ruby, the Little Red Hood and drove this innocent girl into madness. She chopped the wolf king into two pieces wielding a scythe and then peeled off its skin and swallowed its raw heart. The vivid happy memories of living with beloved families flashed before her eyes, yet everything was gone and would never be again. After burying her families, Ruby started her vagabondage in the Land of Dawn with her scythe. She made a vow, that she would create a happy ending for every story. 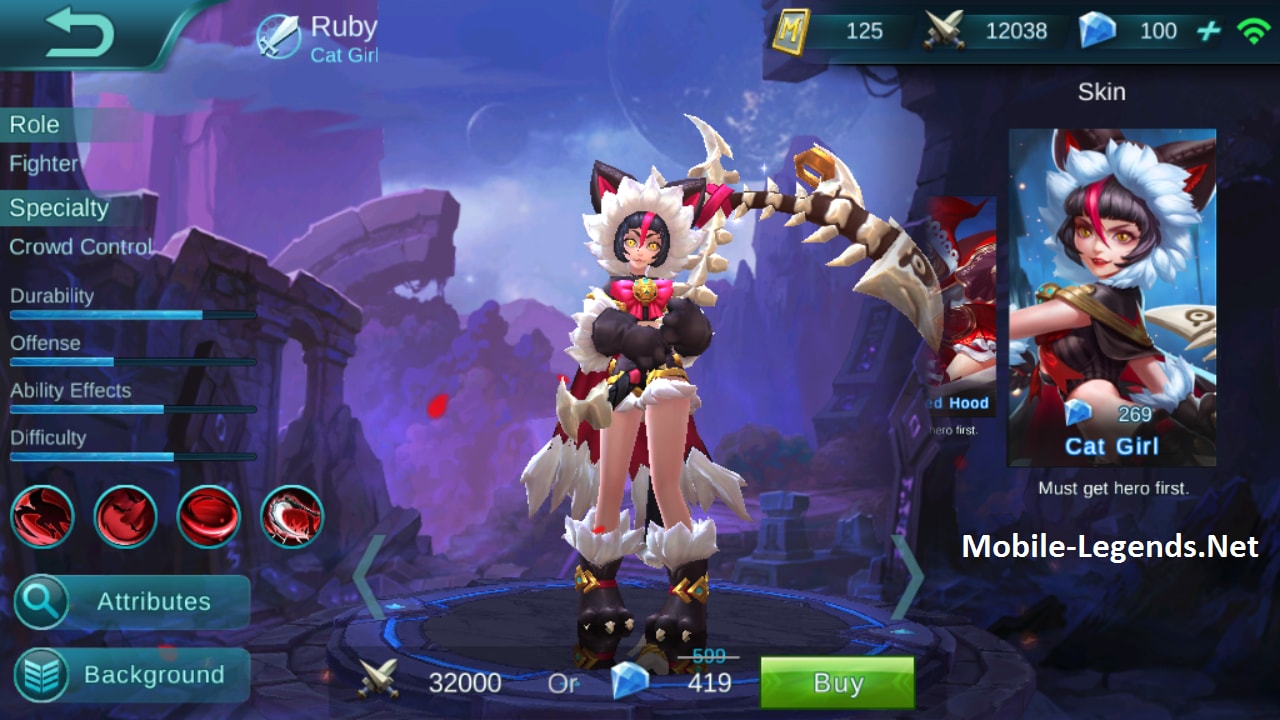