Staying in the corridor in Mobile Legends is very important. For this reason Lolita will be a nice choice. You should buy AP / Tanky items. Of course the recommended items will be very useful.

Passive: Noumenon Energy Core, The noumenon energy  core under normal circumstances will slowly store up energy and provide shields to Lolita’s allies. Every so often, Lolita’s allies can come close to Lolita and get a shield.

Skill 1: Energy Rocket, Casts an energy rocket which will regen energy when it hits an enemy hero and deal 200 magic damage, also causing the enemy to slow down %50 for 1,5s. At the same time it immediately resets ability cooldown. If the 2nd casts hits the enemy while in the slow down period, it will cause a stun.

Skill 2: Protective Shield, Raises a shield which blocks all ranged projectiles flying towards the shield.

Ulti: Noumenon Blasts, After powering for 2s, it will deal 380 to 1026 magic damage, to enemies in a conical area in front of the hero according to current energy amount. While gathering power, the noumenon energy will make the hero immune to damage, but enemy hero attacs will reduce the amount of energy. If total energy drops to 0, it will not to any damage, but it will return half of energy and cooldown time. During the power up period, movement speed for enemies in the attack range will drop %75 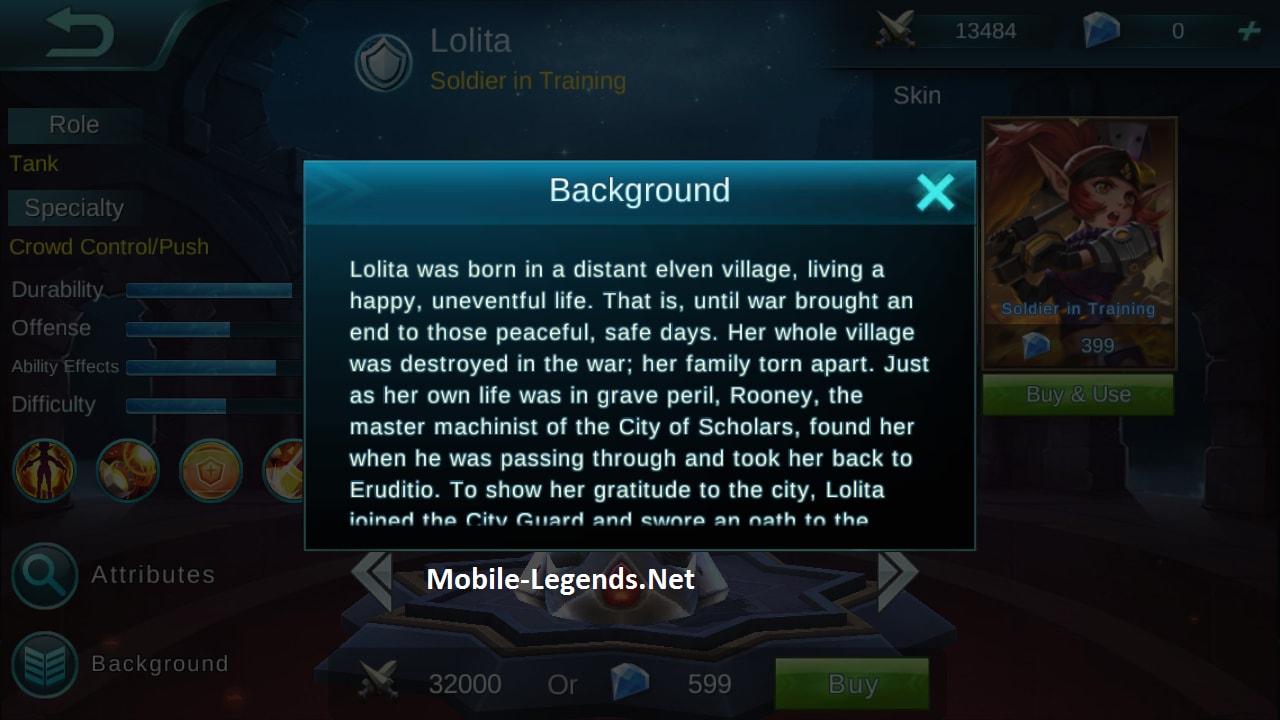 Lolita was born in a distant elven village, living a happy, uneventful life. That is, until war brought an ends to those peaceful, safe days. Her whole village was destroyed in the war; her family torn apart. Just as her own life was in grave peril, Rooney, the master machinist of the City of Scholars, found her when he was passing through and took her back to Eruditio. To show her gratitude to the city, Lolita joined the City Guard and swore an oath to the death to defend its honor. Bruno very much admired and understood this young elf maiden’s spirit, and so he put in a request with the city scholars for their most advanced tech crystal — the noumenon energy core — and bestowed it to Lolita. This powerful energy core endows Lolita’s tiny frame with the ability to discharge massive burts of force, even allowing her to control a giant mechanical hammer with ease. 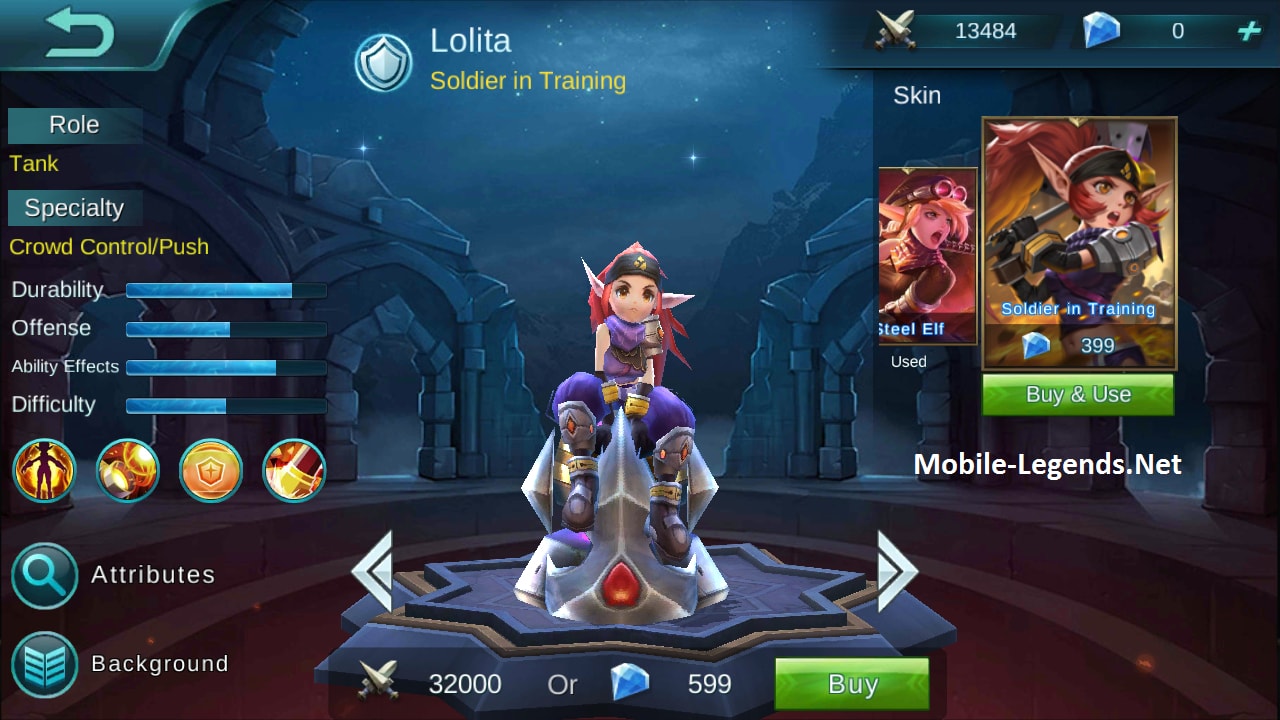 Most useless hero. Was wondering why no one ever played with her until I tried her out. She isn’t good as a tank nor a support. Her first ability (energy rocket) is rather okey, though it have too short range. Second ability (protective shield) is rather useless, it doesn’t protect against melee or magic only projectiles which means it’s only “good” against marksmen and the durations for it is too short and the cooldown is too long. Her third/ultimate ability (Noumenon blasts) takes two seconds to charge and during that time the enemy can interrupt her and it totally cancelling… Read more »

She is a tank-support for a reason. You are playing it wrong. You should stay with the team because: 1) Can cast shields to nearby teammates ( passive ) 2) her ulti is used to slow down enemies/do damage in teamfights to support 3) Her energy rocket is used to charge up energy for ulti and used to stun enemies. Very useful in team fights where every seconds counts 4) Her shield is somewhat useful, and again, use it to provide support for your team. You shouldn’t go solo on her, she isn’t designed for that. Don’t go for kills,… Read more »