I will give information about Hayabusa, a new addition to the Mobile Legends champions. Hayabusa’s specialties are burst damage and charge. He is perfect assassin. I will show you the difficulty and other information about the champion.

Ulti: Ougi: Shadow Kill, Turns into a shadow and dashes around the battlefield, dealing multiple single-target damage to enemies within a certain area. Each attack deals 130/170/210 pts of physical damage. Damage of multiple hits done to the same hero will increase by 5%/5%/5% per hit. 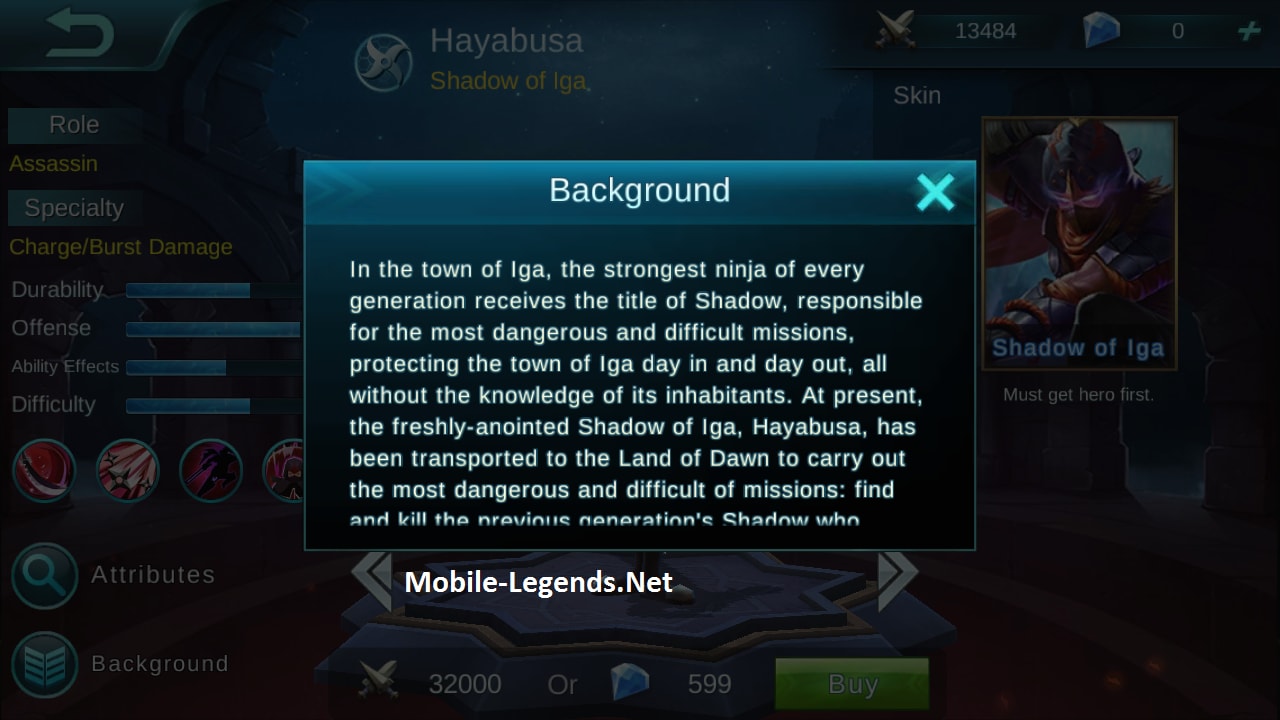 In the town of Iga, the strongest ninja of every generation receives the title of Shadow, responsible for the most dangerous and difficult missions, protecting the town of Iga day in and day out, all without the knowledge of its inhabitants. At present, the freshly-anointed Shadow of Iga, Hayabusa, has been transported to the Land of Down to carry out the most dangerous and difficult of missionsa: find and kill the previous generation’s Shadow who betrayed and killed hi friend, the one who was once lauded as the greatest ninja Iga had seen in centuries.