On the Mobile Legends. we can only control one unit alone is referred to as a HERO.the goal of the Mobile Legends is destroying the enemy’s headquarters. Who first destroy the opponent then the team who wins the game. On the Mobile team Legends are divided into two teams. The difference in both teams it’s just lies in the place of its headquarters alone. Before we start the game, we will have random entry intoboth teams joined the other players.

In addition to the HERO, there are two other units, i.e. creep and neutral creep. Creep is a small force, owned by both teams. The creeps will periodically appear from 3 lane who are in Binder DOTA 2, namely lane top, middle and bottom. While the neutral creep is the creep who was in each forest‘s second team. Same is the case with the creep, neutral creep appears periodically, just neutral creep will remain silent in place as long as we‘re not attacked them. In contrast to the creep that will always move pressing (a term often used in the game is a push) in accordance with his or her respective lane.

By doing kill the creep, we’ll get some gold that later we will use to buy items in theSHOP for our hero. The role of gold is very important in Mobile Legends, because with a lot of gold, we will have an increasingly good items and make it easier for us towin the game. In addition to killing the creeps, we can also get gold from killing enemy HEROES, and the amount of gold that we get any more. It’s just that we need tobe careful lest we killed. Because if we get killed, we will lose the gold that is not a little. 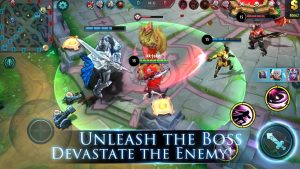 In the image above we can see anything that exists on the Mobile gameplay Legends while playing. Here is the explanation based on the numbers in the picture above: 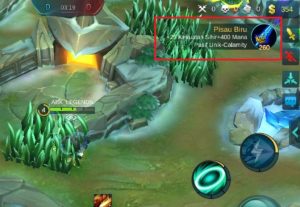 1.In this section, that will be the recommendation of what items can we buy for our hero. Because an item for every HERO is different depending on with his HERO. We can follow these recommendations or not. Just keep in mind, the recommendation of the items here do not necessarily apply, since freedom in buying the item and forminto what type of HERO is our will. 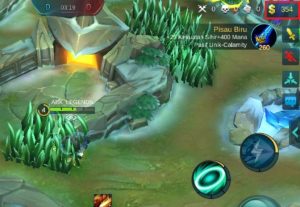 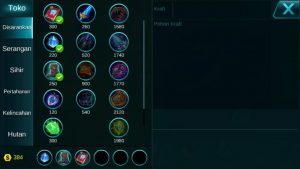 2.This section displays the SHOP. Items that we can buy we can see here along with a price. 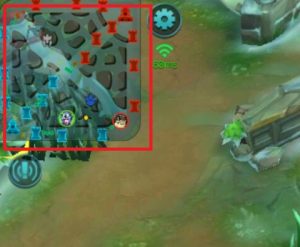 3.This section is called the Mini Map. Mini folder it shows the movement of the opponent’s friend and HERO, also shows the place of neutral creeps are. 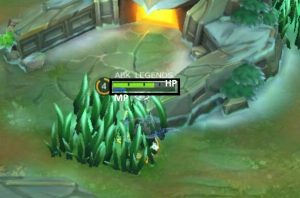 4.This section shows the amount of HP and MP we have. HP tells us the number of our blood and will decrease if we are exposed to attack. And MP which means the number of points we have and will be reduced each of us using the skill. 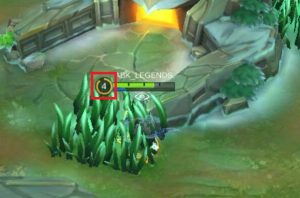 5.This section shows the level of our HERO. The maximum level of hero on Mobile Legends is 15. Each of us is level up, then we will be able to raise the skill level of our hero. 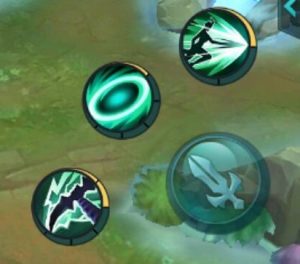 6.This section shows the skill of the hero-skills that we have. To be able to access these skills we can use our touch screen 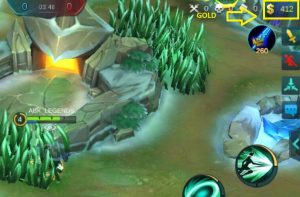 7.This section shows the amount of GOLD we have.

8.This section shows the items on inventory. The amount of inventory on Mobile Legends can only be numbered 6, meaning that our HERO can only take 6 items. Thus the decision in buying items in the game. 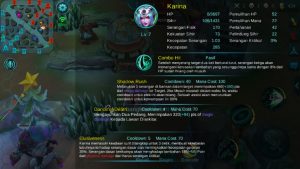 9.This section shows our HERO stat. The number of kill us (will grow when we kill thehero opponent) or the number of deaths we can be seen here.

I hope you can playing this game.Enjoy it.

Needs a bit of revising, but its a good overlay on how the game works.